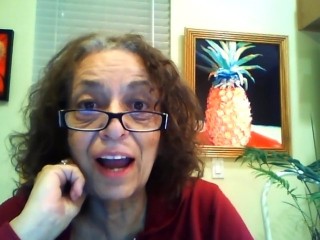 “I’ve been writing all about dogs –  the most popular dog breeds, dog training, dog exercise etc. Here’s a Dogs 101 topic that I’ve discovered – extinct dog breeds. I’ve learned a bunch and hope you’ll learn a little something new about our good dogs of today and yesteryear.  Enjoy

All About Dogs – Extinct Dog Breeds

What makes a dog breed go extinct? Some are mated out, completely turned into new types of dogs to fit the fashion or function of the day. Others are wiped away by predators (humans included) or ignored by the breeders that had sustained them. No matter how it happened, extinction for dog breeds is permanent. Here are 11 examples of dogs that no longer walk the earth. Kurī (above) was brought to New Zealand around the 14th century, most likely from East Polynesia. While it’s said that the dog was a favorite companion of the Maori women, not everyone loved them. “They were always treacherous and bit us frequently,” wrote Julien Marie Crozet, a Frenchman who traveled to New Zealand as part of an expedition in 1771. Kurī were often described as ugly and stubborn with a poor sense of smell, and the breed was eventually lost to extinction. RIP, Kurī, your short little legs and snapping jaw were too beautiful for this world.

This all-white tracking dog was so well-regarded in the Middle Ages that many family crests feature its image. Some historians believe William the Conquerer brought the breed to England in 1066. The loyal hound was slow but had a great sense of smell and was often used in battle and for law enforcement. The Talbot went extinct around the 16th century, but its legacy is carried out by its great-great-great-great-etc… grandchild, the beagle. 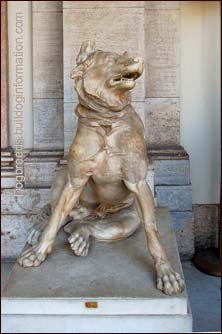 A large breed loved by the Romans and Greeks, the Molossus was the precursor to the Mastiff, St. Bernard, Great Dane, and others (all called “Molossers”). They are thought to have been used for hunting, herding, and fighting (but not at the same time). The Molossus also has an intellectual pedigree: Aristotle was fond of the canine, writing in The History of Animals,

“Of the Molossian breed of dogs, such as are employed in the chase are pretty much the same as those elsewhere; but sheep-dogs of this breed are superior to the others in size, and in the courage with which they face the attacks of wild.”

This ruthless and powerful mastiff, bull terrier, and bulldog mix was used for pit fighting in Argentina. Turns out the Cordoba fighting dog was bred too “perfectly”—when it was time to mate, males and females would be too busy trying to tear each other apart to get busy, and the breed eventually died out.

Like the Kurī, the Hawaiian Poi dog is thought to be of Polynesian origin. Poi Dogs were fed a mushy vegetarian diet, and their “heads became large and flat due to the disuse of the bones from lack of chewing.” This diet also contributed to their rampant obesity, and the breed started to fade away in the 18th century after mating with other dogs that were introduced to Hawaii.

Bred to be a show dog variety of the Skye Terrier, the Paisley Terrier eventually went extinct after demand for it at dog shows declined. Hey, no one said showbiz is easy.

This French domestic hunting dog was first bred in the 19th century and, although many similar offshoots can be found today, the Braque du Puy in its original form is no more.

These friendly oafs roamed Newfoundland and were often exported to breeders, who would use them to produce a variety of different retrievers (Golden and Labrador, to name two). The original versions of the dog slowly died out in the 20th century until only two remained. Unfortunately, they were both males, so that was the end for the St. John’s water dog. You can view a photo of the poor doomed guys here.

This rough-and-tumble German Bulldog was eventually bred into oblivion to create the Boxer.

Legend has it that these adorable fluffy dogs survived a shipwreck in the Indian Ocean, fought off sharks, swam ashore to Madagascar, and mated with enough street pooches to create the surviving Coton de Tuléar breed (hell yeah, nice work).

But a more likely story is that they were merely brought to the island nation by sailors who kept them as companions.

Either way, sharks should be careful if they ever come across one of the beasts pictured above, just in case.

Dogs of All Nations

These big (around 100 lbs.) dogs were bred in Russia and used by farmers in the Caucasus Mountains to guard livestock. In the 1800s, Sir Dudley Marjoribanks (real, delightful name) watched Russian Trackers perform as part of a circus in Brighton, England, and bought the entire pack. From that group, he eventually created the golden retriever, while the tracker quietly faded out.

V E R Y interesting. I enjoyed
this blog. Thanks. 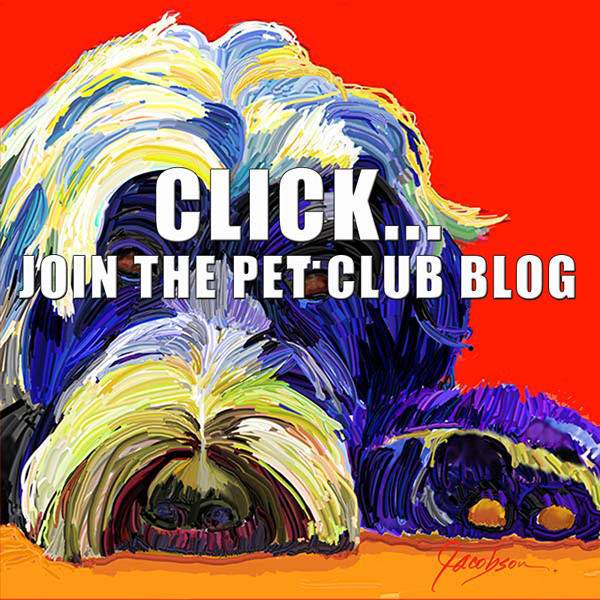