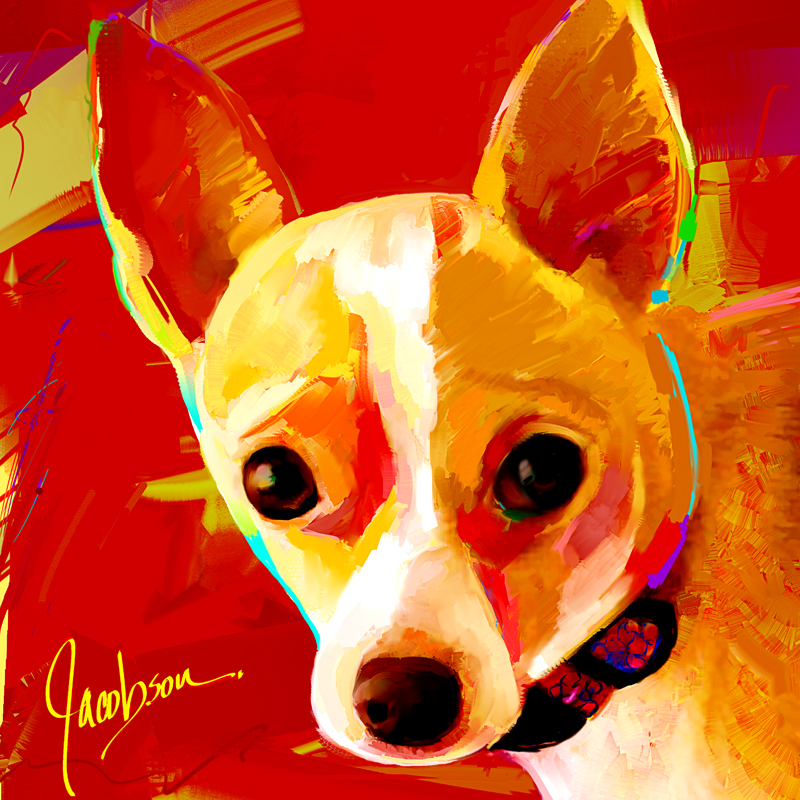 Why am I writing about Chihuahuas today? Well last week I painted Princess.

I painted Princess in Red and  was really happy with my painting. I couldn’t wait to hear from the family. And then the phone rang. For the first time since I started painting portraits of peoples pets I made a mistake. I painted Princess on a Red Background. It was supposed to be on a Blue Background. I was devastated. Imagine me making a mistake 🙂  It was  back to the drawing boards, and today I’m showing off Princess in Red and in Blue.

One of my favorite restaurants is in Lafayette LA – The Blue Dog Cafe. I ate there surrounded by George Rodrigue‘s paintings.

The Blue Dog It was a myth, the loup-garou whic 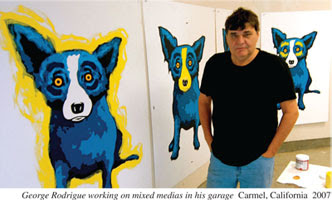 h inspired Rodrigue to paint his most famous series. Painted for a book on Cajun Ghost Stories (Bayou, Inkwell. 1984) this werewolf-type dog was already a familiar legend to Rodrigue, who often heard the stories as a boy.

My lesson learned. Mistakes often lead me to new adventures. I’m asking for your choice- red or blue? Tell me in the comments below. Meanwhile…today’s post is about Chihuahuas…the breed. Enjoy! 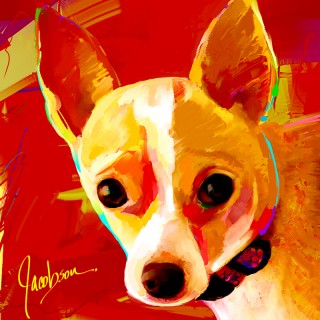 Graceful, alert and swift-moving with a saucy expression, Chihuahuas are highly intelligent and should not be underestimated even though small in size. The breed can be any color – solid, marked or splashed and the coat may be long or short. These sassy little dogs are well known as “purse dogs” like the famous Bruiser in the movie Legally Blonde starring Reese Witherspoon.

Learn about the lifestyle of a Chihuahua, its grooming needs, and more, here.

A Look Back at Chihuahuas

The Chihuahua’s history is shrouded in mystery, but some believe he originated from the Fennec Fox, a very small animal with big eyes and ears, which could explain the tiny frame, luminous eyes and large ears on the breed today. Chihuahua’s were used in religious ceremonies and were pets to the upper class. The breed derives its name from the Mexican State of Chihuahua, where the earliest specimens of the breed were found. 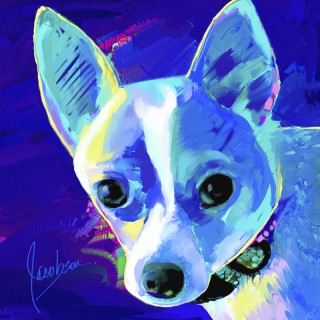 Right Breed for You?

They are good with families if the children are gentle and patient. Because of their small size, they require little exercise and are good city dogs, but can be sensitive to cold temperatures. Smooth coated Chihuahuas need very little grooming due to their short hair. Long coats need occasional brushing but still require minimal grooming.

If you are considering purchasing a Chihuahua puppy, learn more here. 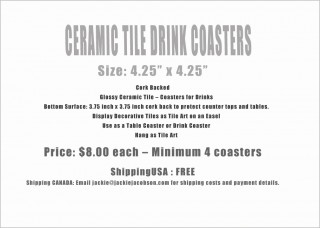 Why Do Dogs Lick You?
Stubborn Dogs
3 comments… add one

I like them both but if I had to pick it would probably be the blue.

Well look at this. It’s a tie. I guess we need more people to vote.